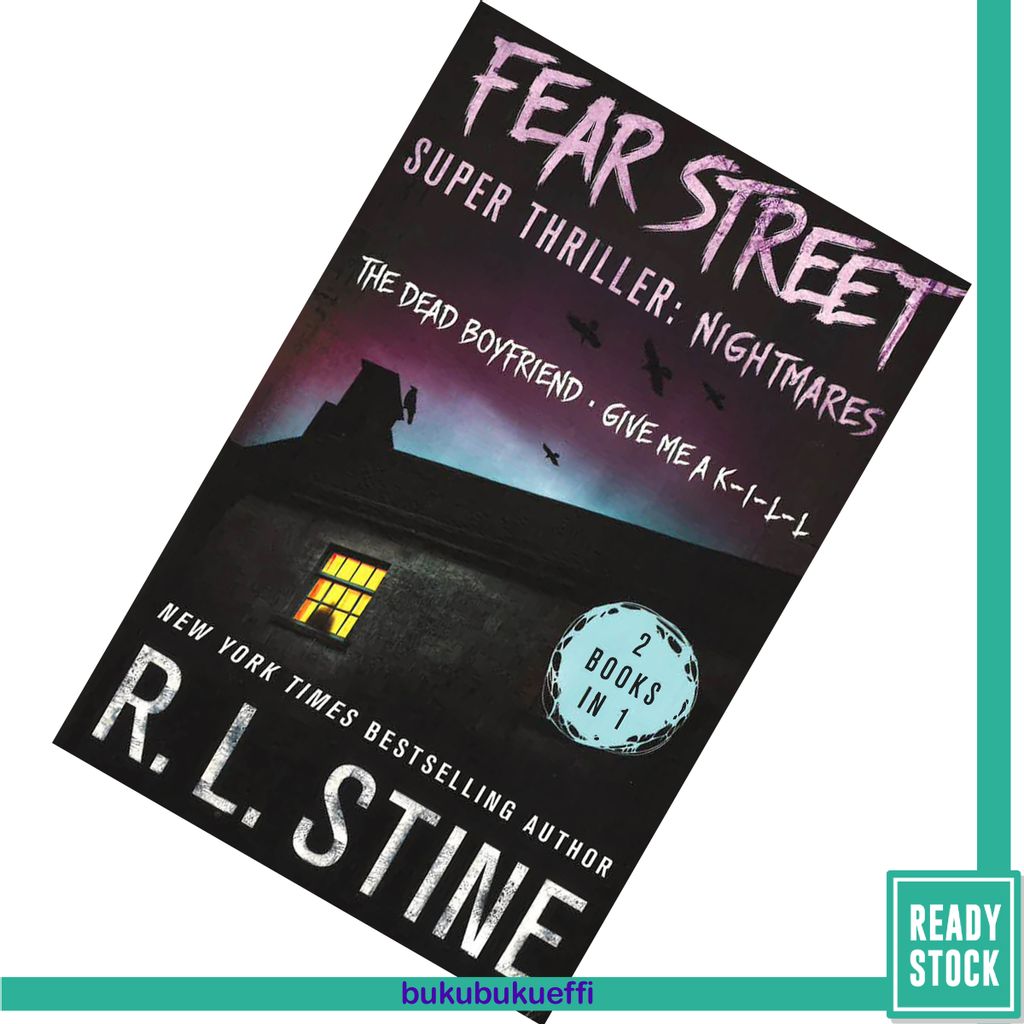 Fear Street Super Thriller (2 Books in 1: The Dead Boyfriend; Give Me a K-I-L-L) by R.L. Stine [CLEARANCE]

The fifth and sixth books in the re-launch of R.L. Stine's Fear Street, now in one volume.

When Caitlin starts seeing Colin, she throws herself into her first real relationship with fervor. She ignores friends who warn her that Colin may be a phony and that she is taking the whole thing too seriously. When Caitlin approaches Colin with another girl, she snaps. Everything goes red. When she comes back to her senses, Colin is dead--and she has killed him. But if Colin is dead, how is he staring at her across a crowded party?

There are rumors that lack of funds may mean the end of cheerleading at Shadyside. That would be a shame for Heather Wyatt, who has just transferred from her old school, where she was a star. There's only one girl in her way--rich, spoiled Devra Dalby, who is also trying out for the one open slot. The competition to join the squad is fierce--and it ends in murder. Will Heather make the squad--if there's even a squad anymore--or will she end up dead?