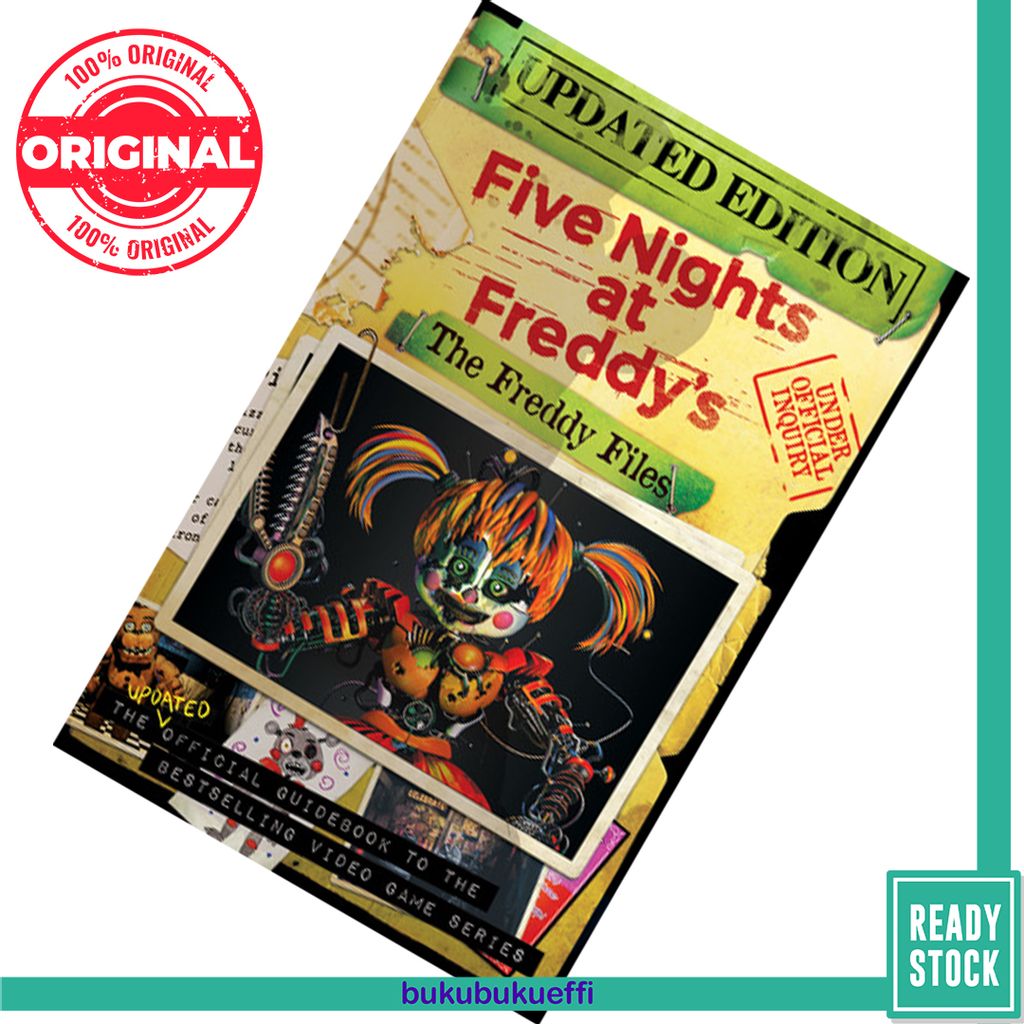 The Freddy Files (Five Nights At Freddy's) by Scott Cawthon

In this official guidebook to Five Night at Freddy's, fans and gamers alike can immerse themselves in the series' mythology, gameplay, and secrets as we unwind the twisted mysteries hidden at the heart of Freddy Fazbear's Pizza. Delving into each game, players can map the animatronics' paths, learn how timed elements of the games work, and discover how to trigger unique events. Special sections throughout highlight Freddy's fans' most talked-about theories, from the identities of the "Bite of '83 and '87" victims to the history of Henry and William Afton to the recurring hallucinations of "it's me." All the evidence, along with every detail of the games, books, and more, is laid out for fans to explore in this one-of-a-kind guide to the warped world of Five Nights at Freddy's.