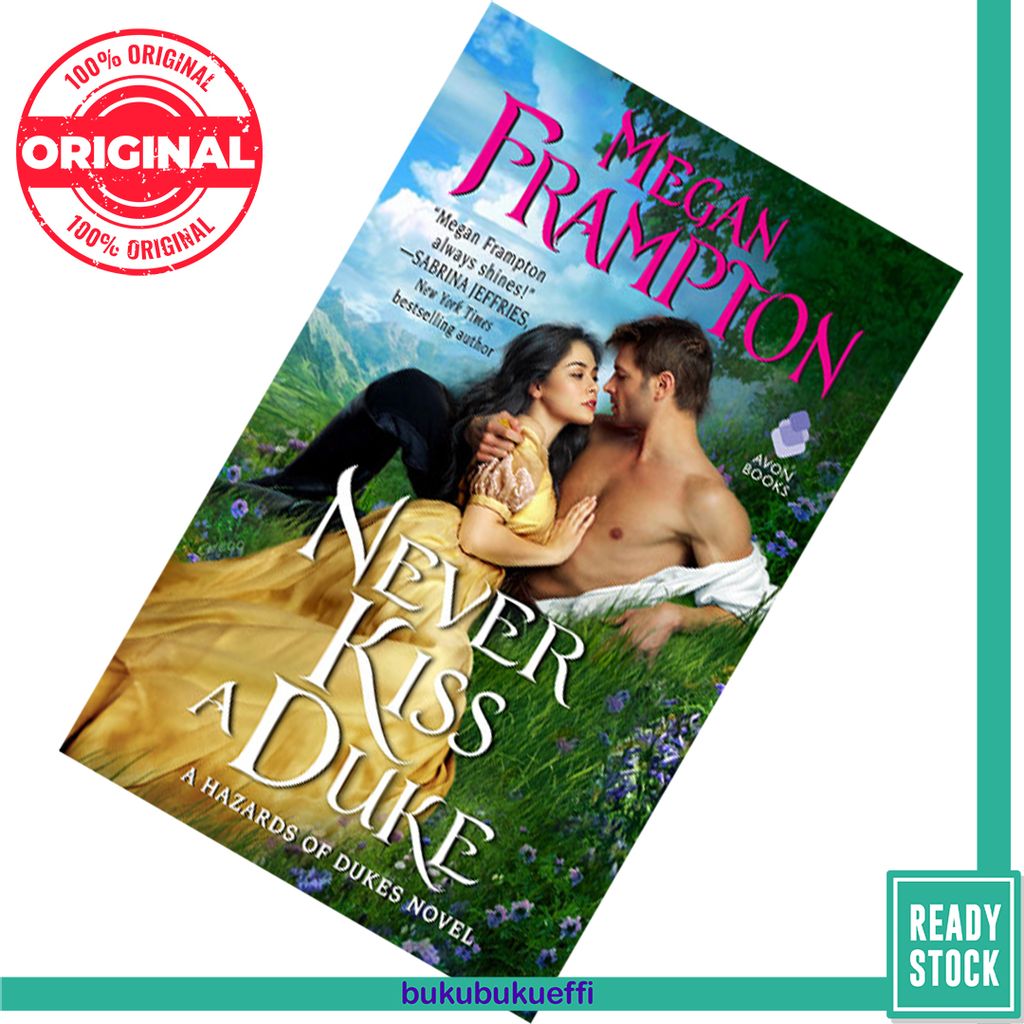 Never Kiss a Duke (Hazards of Dukes #1) by Megan Frampton

A disinherited duke and a former lady are courting much more than business in the first novel in Megan Frampton's newest titillating series, Hazards of Dukes.

Everything he had ever known was a lie…

Sebastian, Duke of Hasford, has a title, wealth, privilege, and plenty of rakish charm. Until he discovers the only thing that truly belongs to him is his charm. An accident of birth has turned him into plain Mr. de Silva. Now, Sebastian is flummoxed as to what to do with his life—until he stumbles into a gambling den owned by Miss Ivy, a most fascinating young lady, who hires him on the spot. Working with a boss has never seemed so enticing.

Everything tells her he’s a risk she has to take

Two years ago, Ivy gambled everything that was precious to her—and won. Now the owner of London's most intriguing gambling house, Ivy is competent, assured, and measured. Until she meets Mr. de Silva, who stirs feelings she didn't realize she had. Can she keep her composure around her newest employee?

They vow to keep their partnership strictly business, but just one kiss makes them realize that with each passing day—and night—it becomes clear to them both that there's nothing as tempting as what is forbidden…