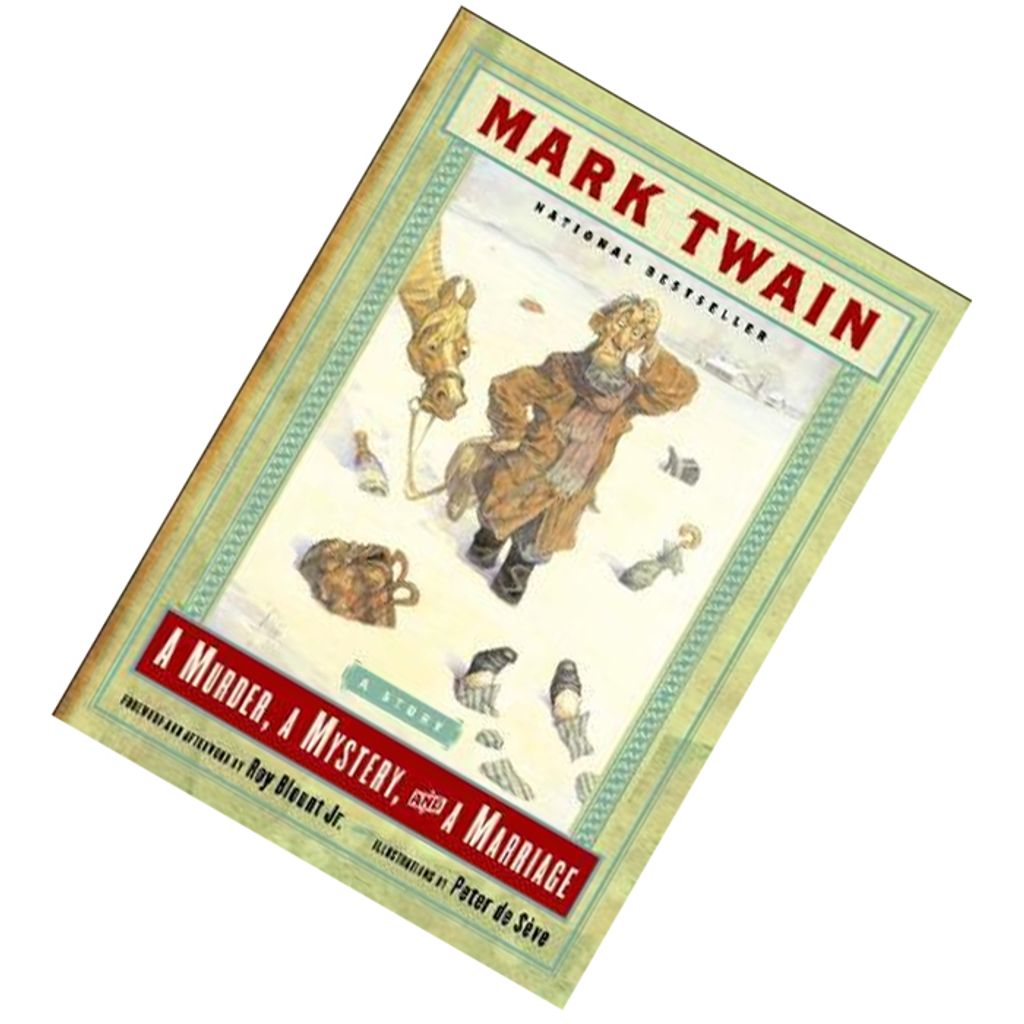 A Murder, a Mystery and a Marriage by Mark Twain

America's great love affair with Mark Twain continues with the paperback publication of this new work that first emerged in the fall of 2001. , A Murder, a Mystery, and a Marriage, Twain's delightful rendition of life (and a disturbing death) in the mythical hamlet of Deer Lick, Missouri, chronicles the fortunes of a humble farmer, John Gray, determined to marry off his daughter Mary to the scion of the town's wealthiest family. But the sudden appearance of a stranger found lying unconscious in the snow not only derails Gray's plans but also leads to a mysterious murder whose solution lies at the heart of this captivating story. Including a foreword and afterword by best-selling humorist Roy Blount Jr. and stunning, award-winning paintings by illustrator Peter de Seve, A Murder, a Mystery, and a Marriage will delight Twain lovers for generations to come. Winner of the 2001 Hamilton King Award from the Society of Illustrators.