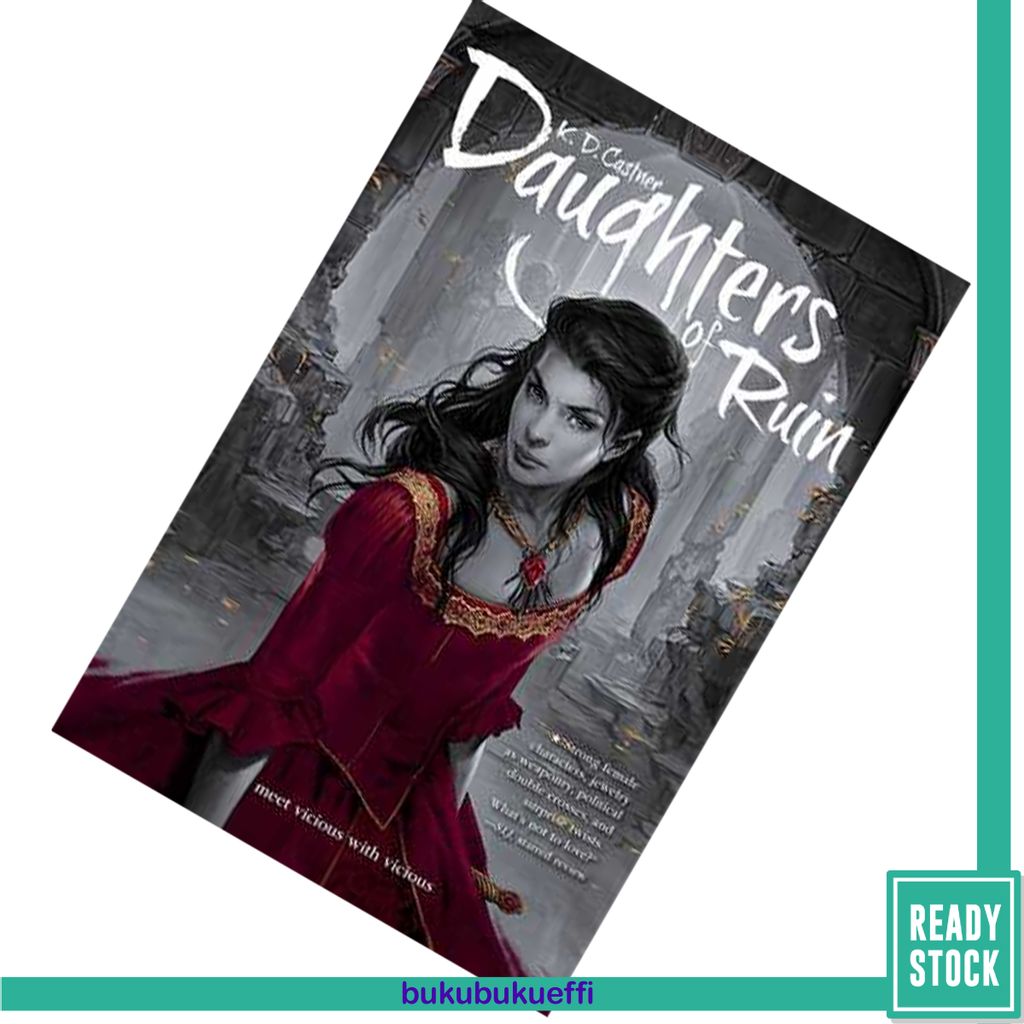 Daughters of Ruin by K.D. Castner[SPOTS]

Not long ago, a brutal war ravaged their kingdoms, and Rhea’s father was the victor. As a gesture of peace, King Declan brought the daughters of his rivals to live under his protection—and his ever-watchful eye. For ten years the girls have trained together as diplomats and warriors, raised to accept their thrones and unite their kingdoms in peace.

But there is rarely peace among sisters. Sheltered Rhea was raised to rule everyone—including her “sisters”—but she’s cracking under pressure. The charismatic Cadis is desperately trying to redeem her people from their actions during the war. Suki guards deep family secrets that isolate her, and quiet Iren’s meekness is not what it seems.

All plans for peace are shattered when the palace is attacked. As their intended futures lie in ashes, Rhea, Cadis, Suki, and Iren must decide where their loyalties lie: to their nations, or to each other.