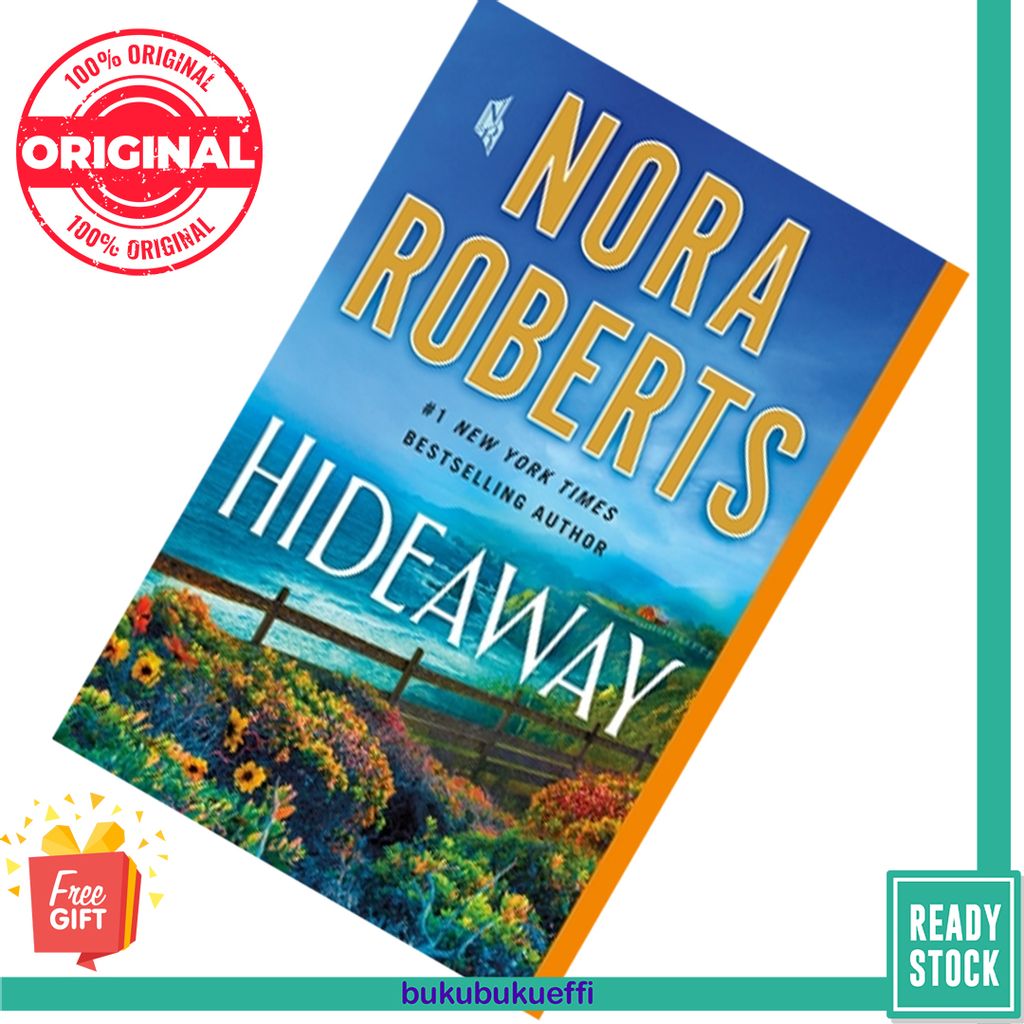 "Reading Hideaway is like a mini vacation, as Roberts transports you from the sun-drenched mountains of Big Sur to the rolling hills of Ireland to the bustling streets of New York City." - Associated Press

A family ranch in Big Sur country and a legacy of Hollywood royalty set the stage for Nora Roberts’ emotional new suspense novel, Hideaway.Caitlyn Sullivan had come from a long line of Hollywood royalty, stretching back to her Irish immigrant great-grandfather. At nine, she was already a star—yet still an innocent child who loved to play hide and seek with her cousins at the family home in Big Sur. It was during one of those games that she disappeared.Some may have considered her a pampered princess, but Cate was in fact a smart, scrappy fighter, and she managed to escape her abductors. Dillon Cooper was shocked to find the bloodied, exhausted girl huddled in his house—but when the teenager and his family heard her story they provided refuge, reuniting her with her loved ones.Cate’s ordeal, though, was far from over. First came the discovery of a shocking betrayal that would send someone she’d trusted to prison. Then there were years spent away in western Ireland, peaceful and protected but with restlessness growing in her soul.Finally, she would return to Los Angeles, gathering the courage to act again and get past the trauma that had derailed her life. What she didn’t yet know was that two seeds had been planted that long-ago night—one of a great love, and one of a terrible vengeance…