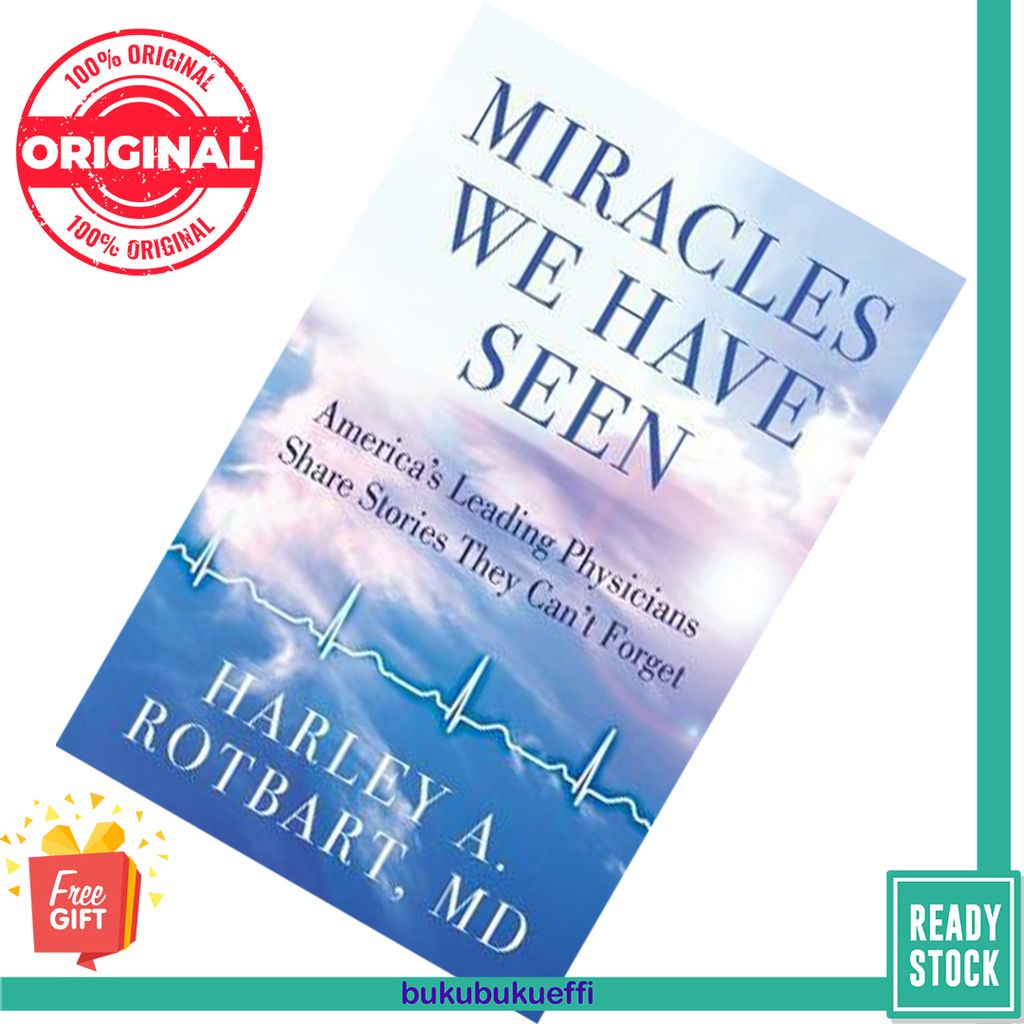 Miracles We Have Seen by Harley Rotbart [BOOKSHELF WEAR]

This is a book of miracles—medical events witnessed by leading physicians for which there is no reasonable medical explanation, or, if there is, the explanation itself is extraordinary. These dramatic first-person essays detail spectacular serendipities, impossible cures, breathtaking resuscitations, extraordinary awakenings, and recovery from unimaginable disasters. Still other essays give voice to cases in which the physical aspects were less dramatic than the emotional aspects, yet miraculous and transformational for everyone involved. Positive impacts left in the wake of even the gravest of tragedies, profound triumphs of heart and spirit.Preeminent physicians in many specialties, including deans and department heads on the faculties of the top university medical schools in the country describe, in everyday language and with moving testimony, their very personal reactions to these remarkable clinical experiences.Among the extraordinary cases poignantly recounted by the physicians witnessing them:A priest visiting a hospitalized patient went into cardiac arrest on the elevator, which opened up on the cardiac floor, right at the foot of the cardiac specialist, at just the right moment.A tiny premature baby dying from irreversible lung disease despite the most intensive care who recovered almost immediately after being taken from his hospital bed and placed on his mother's chest.President John F. Kennedy's son Patrick, who died shortly after birth, and whose disease eventually led to research that saved generations of babies.A nine-year-old boy who was decapitated in a horrific car accident but survived without neurological damage.A woman who conceived and delivered a healthy baby—despite having had both of her fallopian tubes surgically removed.A young man whose only hope for survival was a heart transplant, but just at the moment he developed a potentially fatal complication making a transplant impossible, his own heart began healing itself.A teenage girl near death after contracting full-blown rabies who became the first patient ever to recover from that disease after an unexpected visit by Timothy Dolan, the man who would go on to become the Archbishop of New York.A Manhattan window-washer who fell 47 stories—and not only became the only person ever to survive a fall from that height, but went on to make a full recovery. Miracles We Have Seen is a book of inspiration and optimism, and a compelling glimpse into the lives of physicians—their humanity and determined devotion to their patients and their patients' families. It reminds us that what we don't know or don't understand isn‘t necessarily cause for fear, and can even be reason for hope